2013 was a pretty great year for this Realtor.  I met a lot of fantastic people and feel blessed for all that I have.

As December winds to a close, and we turn our thoughts towards the new year, it is also a good time for reflection.

Looking back on my past year in real estate, I have to chuckle at some of the things that happened, because as I do, I think, I could be reading (or writing) a police log.

The year started off cold.  I don't mean as far as sales go, but in temperature.  Bitter cold.   My first deal of the year began with a bang!  Popping actually.   If you have never heard pipes bursting that's a good thing.   Unfortunately, I learned just what that sounds like.   It is followed by the sound similar to what one hears at Niagara Falls.   Gushing water on the final walk thru, just an hour before the scheduled closing is not music to anyone's ears.     Needless to say, the closing was postponed.


Something always happening.    Lots and Lots of good things too.   I've had opportunity to meet and add a lot of very nice people to my life.

And,  a surprising end to an amazing year.    A closing attorney gave the buyer's a check.    He called it a "late fee".  Go figure!   (He was a few minutes late to the closing.)

One never knows what next year is going to bring.
Hopefully it will bring me as much spice and good fortune
as this one has.

Are you Looking to Buy, Sell, Rent or Invest?
If you want to really know what's happening in your market area, consult your local Realtor!
Call me if you have any questions about the market.
508-494-9061


Put my 26 years of experience to work for you! 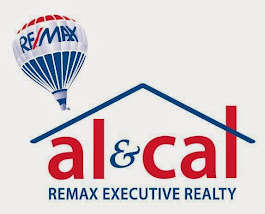